World Sailing organization has opened the invitation for bids among member national authorities for hosting sea trials that would help determine the equipment to be used in the Olympic Sailing competition to be held in Paris 2024, for the one person dinghy events for men and women. Sea trials would soon be taking place which would be instrumental in selecting the equipment. Four boats would be shortlisted during this evaluation and re-evaluation process. These are D-Zero offered by Devotti Sailing, Laser Standard and a sailboat of Laser Radial category as well as Melges 14 offered by Melges Boat Works and RS Aero offered by RS Sailing. 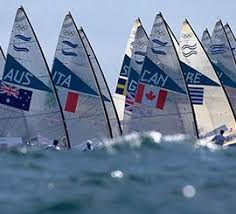 MNAs have sent out invites for proposals to be submitted. Those who submit proposals need to prove experience and also having sailing venues where they have hosted World Sailing events. The proposals would help World Sailing organization to arrange for trials with the necessary logistic and administration arrangements in place.

With considerations regarding climate, logistics and equipment transportation, venues in Southern Europe are being preferred and sea trials would be hosted during the months of February, March or April in the year 2019. Sea trials would also include three days on the water and two days of being onshore. MNAs who are interested have already submitted their bids. These include a description of sailing conditions, proposed dates and installations along with imagery provided. As per the bids submitted, the Board of Directors of World Sailing would make a final selection.

MNAs would be required to invite a male and a female sailor of the defined weight range, once a venue is decided upon. The tender was launched in May 2018 which invited manufacturers and class association to review the policy guidelines regarding one person dinghy that would be used in the 2024 Olympics. Once the equipment selection is done then the approval for the venue would be issued.